Close to the heart of the Kabukicho nightlife district and a few blocks north of Shinjuku Station, APA Hotel Shinjuku Kabukicho Tower is another huge, recently built facility to accommodate a surge in tourists leading up to the 2020 Olympics in Tokyo.

Opened in September 2015, the hotel is one of many new buildings that are slowly but surely changing the character of Kabukicho, which has been known as the largest red-light district in East Asia. Other new attractions include Robot Restaurant, a tourist magnet a few blocks to the east. 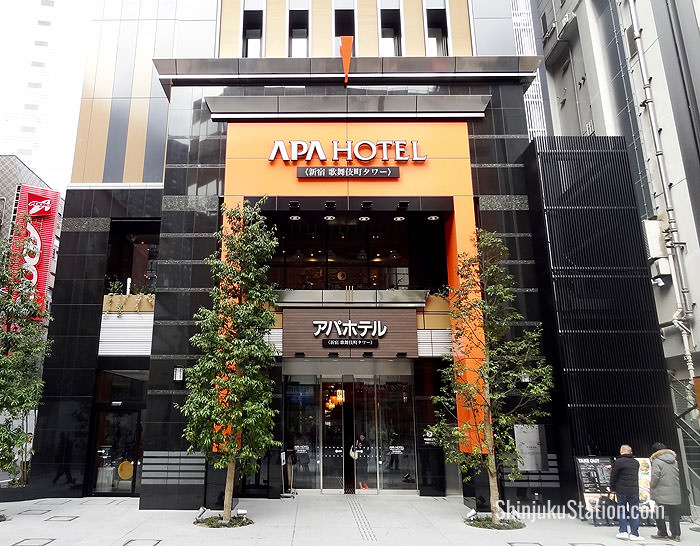 The APA Hotel Shinjuku Kabukicho Tower (the APA stands for “always pleasant amenities”) is part of the nationwide APA hotel chain of business hotels. President Fumiko Motoya is one of the most recognizable businesswomen in Japan because she promotes the chain with photos of herself on everything from book covers to packages of APA-brand curry. 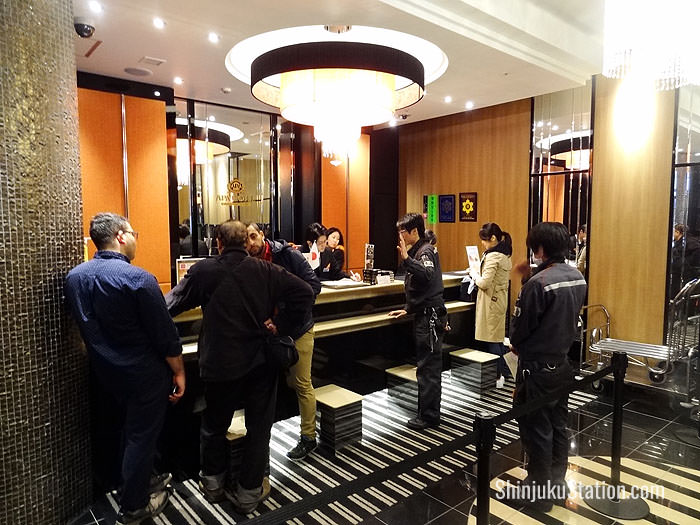 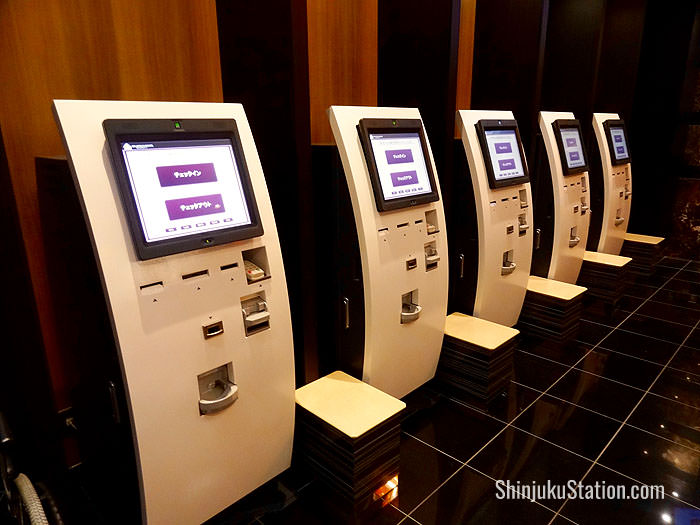 APA Kabukicho Tower is a 6-minute walk from Shinjuku Station’s East Exit and is located between Seibu-Shinjuku Station to the west and the Shinjuku Toho Building (home to Hotel Gracery Shinjuku and the giant bust of Godzilla) to the east.

With a gilt lobby done in black and gold tile, this mid-range business and tourist hotel housed in a slender tower has 620 rooms divided into single, semi-double, double, twin and deluxe twin. 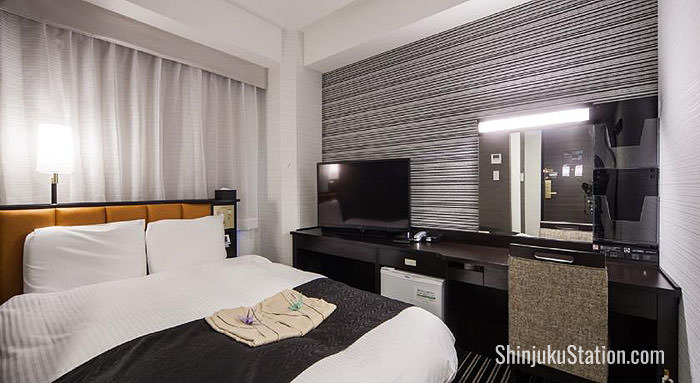 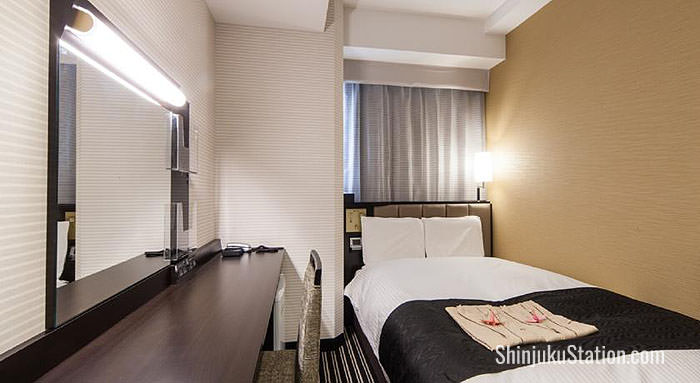 The single rooms are on the cramped side, with little space between the bed and the wall. Many of the rooms have breathtaking views of the lights of Shinjuku at night.

The 28th floor has a large communal bath as well as an outdoor bath (rotenburo). Although it’s not a natural hot spring, minerals are dissolved in the water for an onsen (hot spring) effect. 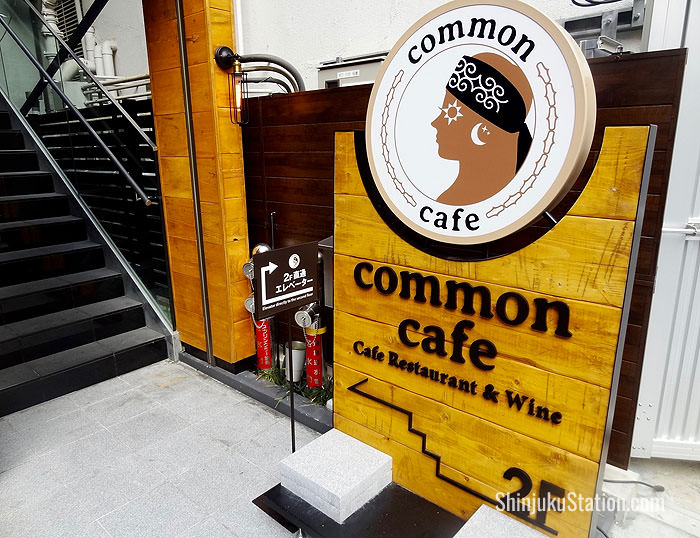 The second-floor Common Café has interior and street-level entrances

The Common Café is a restaurant on the second floor with a basic buffet breakfast and dinner, a barista counter including hand-drip coffee. Numerous restaurants, bars, karaoke and pachinko parlors are within steps of the hotel. If you don’t want to eat in Kabukicho, department stores around Shinjuku Station such as Odakyu and Lumine Est house many eateries.