Bic Camera is a large electronics retailer with a lot more than just the latest cameras and other digital gadgets. As a competitor to Yodobashi Camera, Bic Camera carries everything from smartphones to video games, toys, home appliances and alcohol. 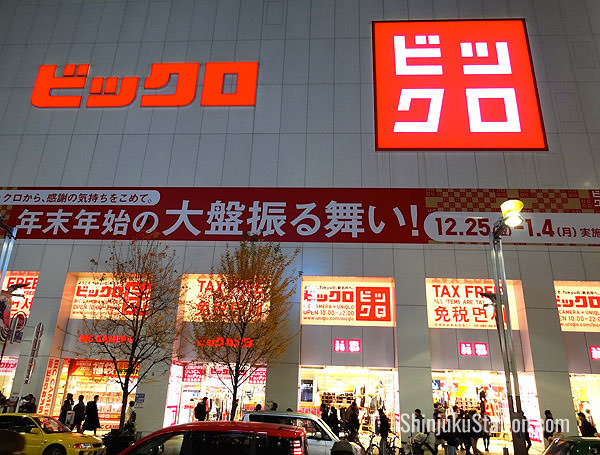 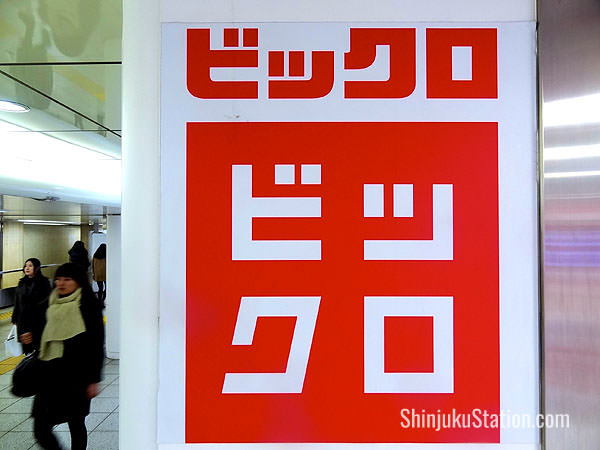 The name “Bicqlo” is a mix of “Bic Camera” and “Uniqlo”

Bicqlo is housed in a 12-story building including four basements that’s a few blocks east of Shinjuku Station. Bic Camera takes up most of the building – everything except part of the first floor and all of the second, third, seventh and eighth floors and the fourth basement. Uniqlo and various sports and outdoor goods retailers take up the rest. 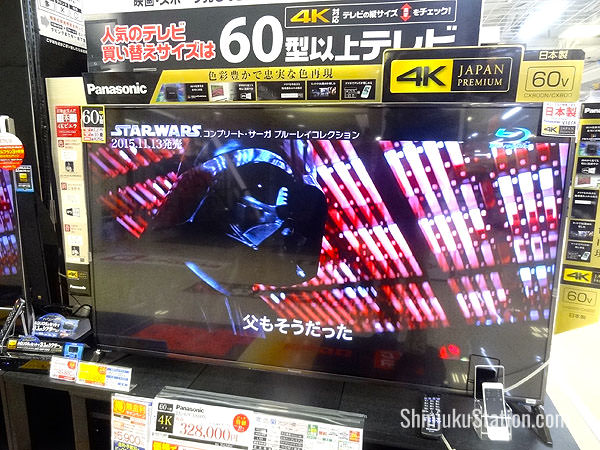 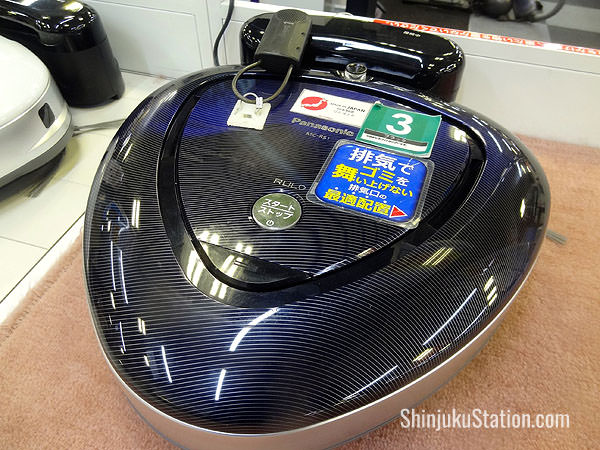 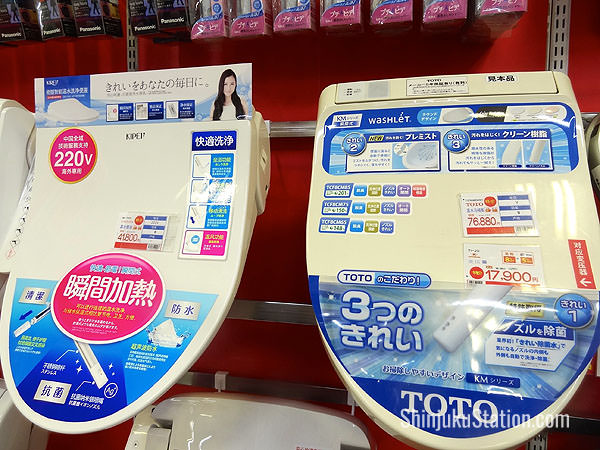 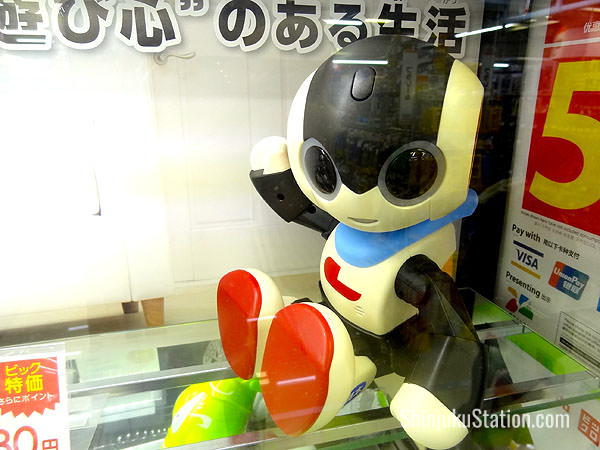 Takara Tomy’s Robi Jr. robot is one of many unique toys on the sixth floor

Games, video games and toys are found on the sixth floor. You’ll find items that may be tough to get outside Japan, including home communication robots, plastic figurines featuring robots from the Mobile Suit Gundam anime franchise, Tomica die-cast toy cars, and even cardboard samurai armor for kids. 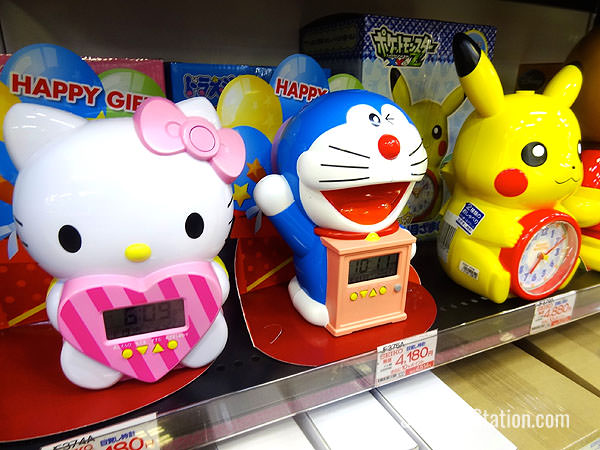 Clocks based on cartoon characters are found on the first basement

The first basement of the building is packed with a wide variety of products, including digital cameras, memory cards, selfie sticks, watches, fountain pens and much more. 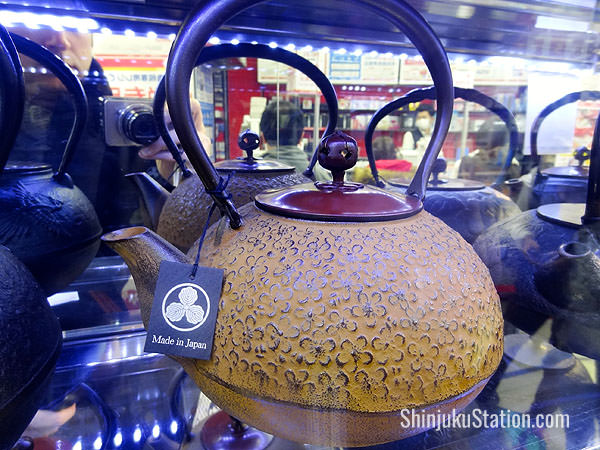 There are also snacks, including green tea and other unusual flavors of Kit Kat, alarm clocks designed like Hello Kitty, Pikachu, Doraemon and other anime characters, as well as colorful, handcrafted nambu tekki ironware kettles from northern Japan.

Smartphones, PCs, tablets, smartwatches and computer accessories are on the second basement, while peripherals, software and other goods are on the third basement. 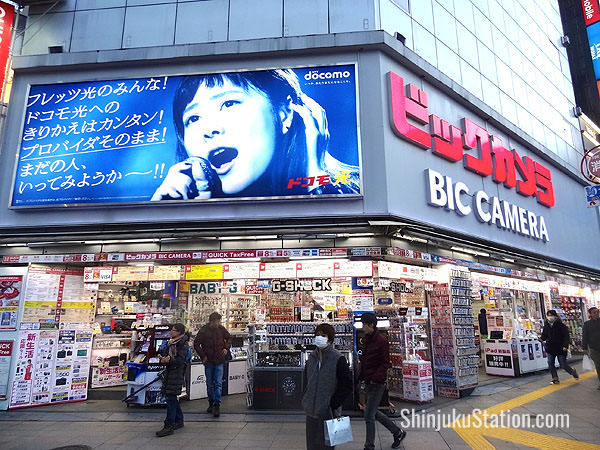 A few blocks to the west, Bic Camera Shinjuku Station East Gate is a slim building of seven floors including two basements. It’s basically the same kind sort of electronics-focused merchandise as Bicqlo but on a smaller scale. 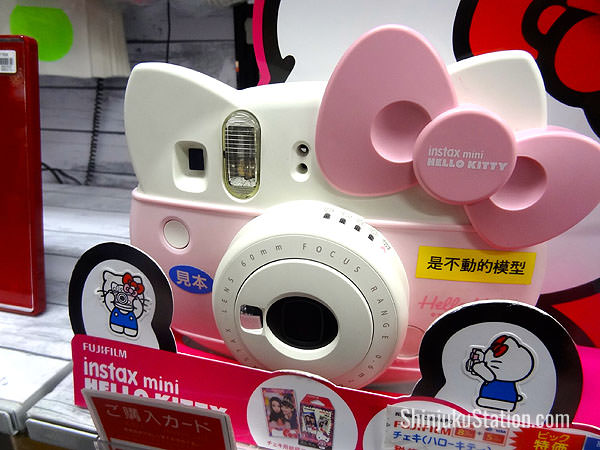 You’ll find smartphones, tablets and Wi-Fi routers on the first floor, digital cameras, lenses and camera accessories on the second, and laptops and audio gear on the third floor. Smartphone cases and suitcases are on the fourth floor, while the fifth floor is stocked with gaming consoles, video games, hair dryers and beauty products. 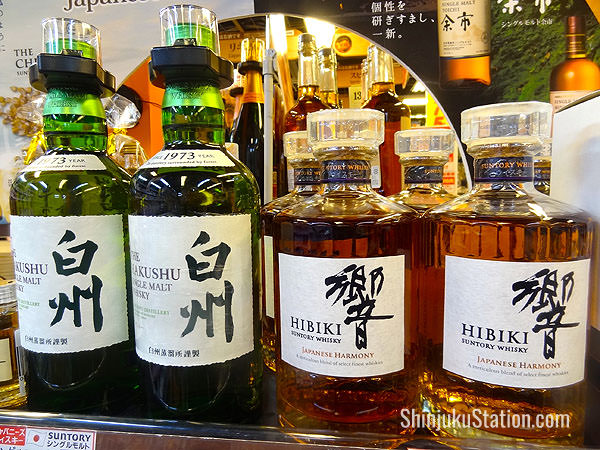 Japanese whisky, sake, shochu and beer are on the first basement, along with other alcoholic beverages, with iPad accessories on the second basement.