Perched on Shinjuku Southern Terrace just south of Shinjuku Station, the Hotel Century Southern Tower is only a 3-minute walk from the world’s busiest rail hub.

Shinjuku Station has quick and easy rail links to Shibuya, Harajuku, Ginza and other parts of Tokyo as well as intercity rail services and connections to Haneda and Narita airports. 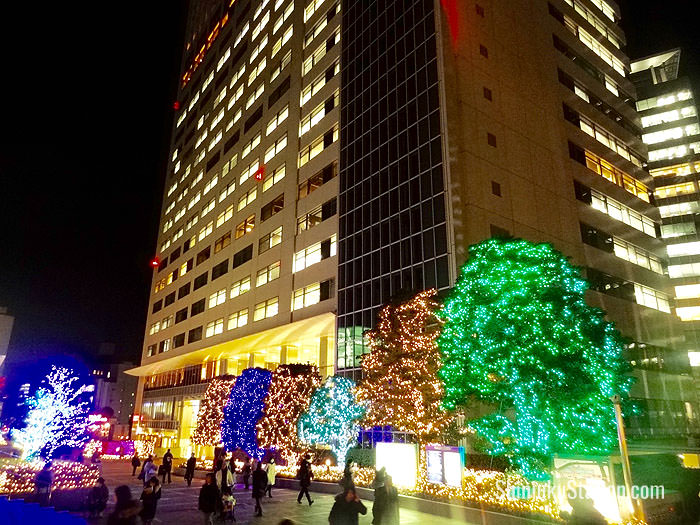 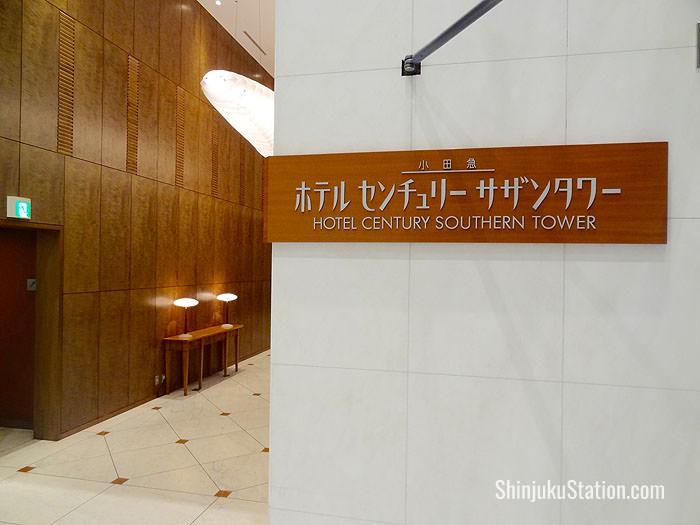 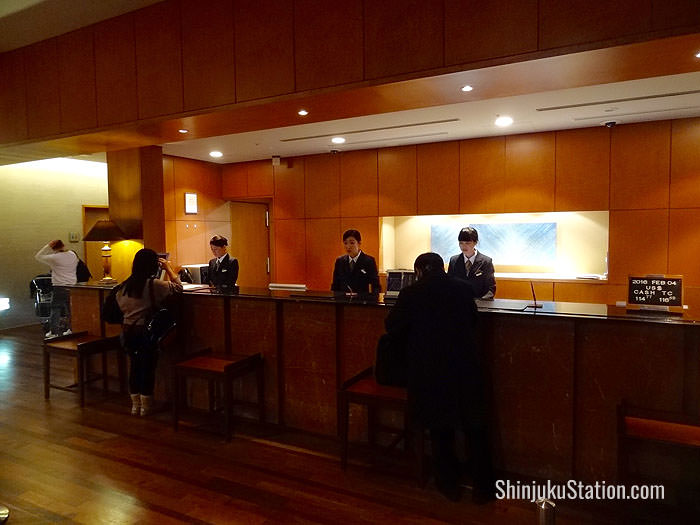 Part of the Odakyu rail group, the Hotel Century Southern Tower is a luxurious accommodation located on the upper floors of a high-rise building, with guest rooms on the 22nd to 35th floors. The evening views of the lights of Shinjuku and the surrounding parts of Tokyo can be spectacular. 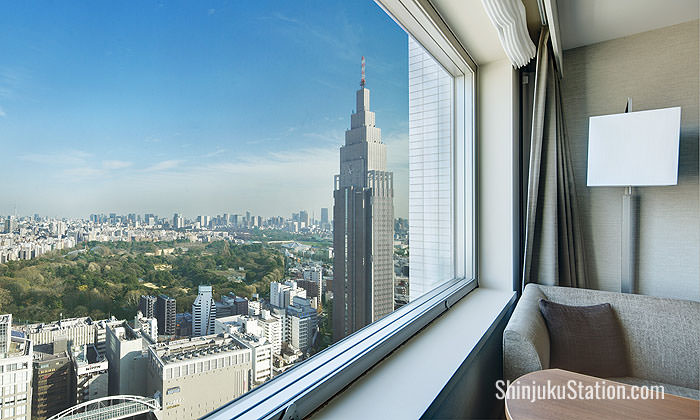 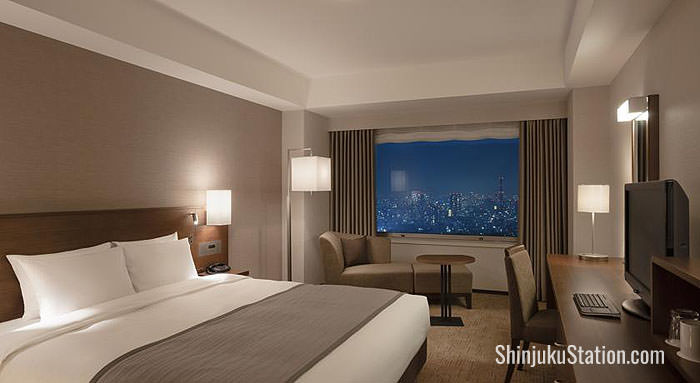 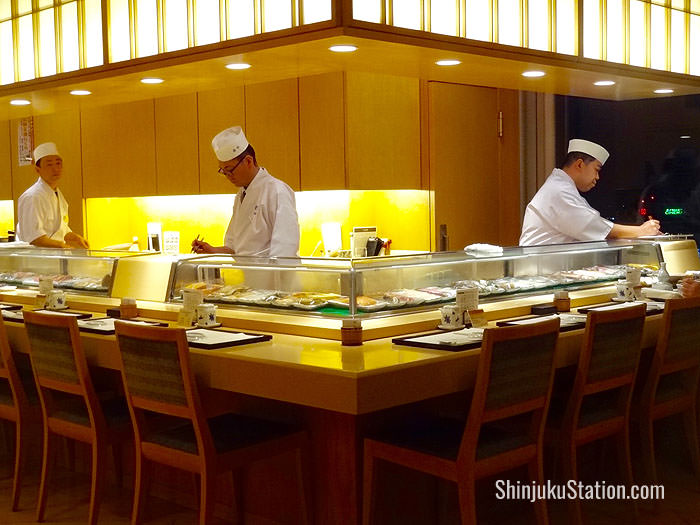 There are four dining facilities to choose from at Hotel Century Southern Tower. Horikawa is an elegant sushi and teppanyaki (iron griddle) restaurant with kimono-clad waitresses and solemn Japanese chefs. Guests of the hotel can order from a discount menu.

Down the hall from Horikawa is China Grill Xenlon Tokyo, an elaborate Chinese eatery with traditional Chinese cuisine presented with a contemporary New York Twist.

Tribeks is a chic French eatery on the 20th floor that has stunning views of the Shinjuku Southern Terrace, NTT DoCoMo Yoyogi Building (the fourth-tallest in Tokyo), and Shinjuku Gyoen park beyond. 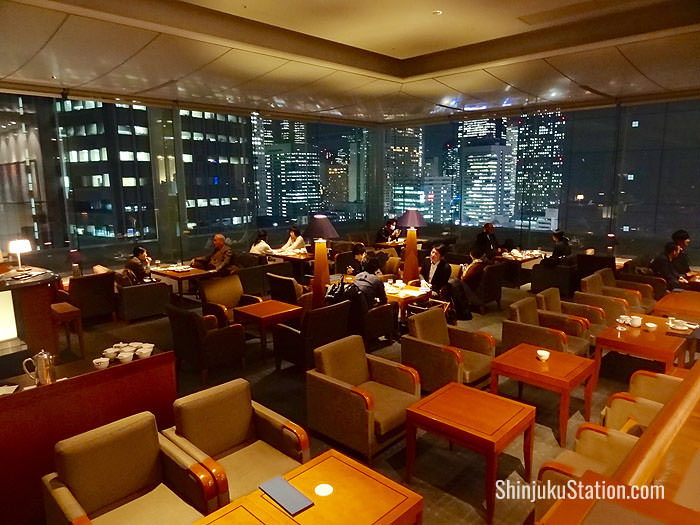 The South Court lounge and bar

The South Court lounge and bar is beside the front desk and lobby on the 20th floor, offering eye-popping views of the skyscrapers in the western part of Shinjuku as well as cocktails, whisky and wine, afternoon tea, pasta, pizza, sandwiches, pancakes and French toast.

The hotel also has a fitness center on the 21st floor with treadmills, stationary bikes, and exercise benches. There’s also a small shop off the lobby with drinks, snacks and sundries.