The JR Saikyo Line runs from Omiya in Saitama Prefecture down through Shinjuku Station and on to Osaki Station, with through services continuing to the artificial island of Odaiba on Tokyo Bay via the Rinkai Line. While the Saikyo Line, named for Saitama and Tokyo, is run by East Japan Rail (JR), the Rinkai Line is operated by Tokyo Waterfront Area Rapid Transit.

The Saikyo-Rinkai railway forms a major north-south transport corridor to Odaiba, which has a number of sights for visitors including the Oedo Onsen Monogatari spa and Tokyo Big Sight, an international exhibition center. 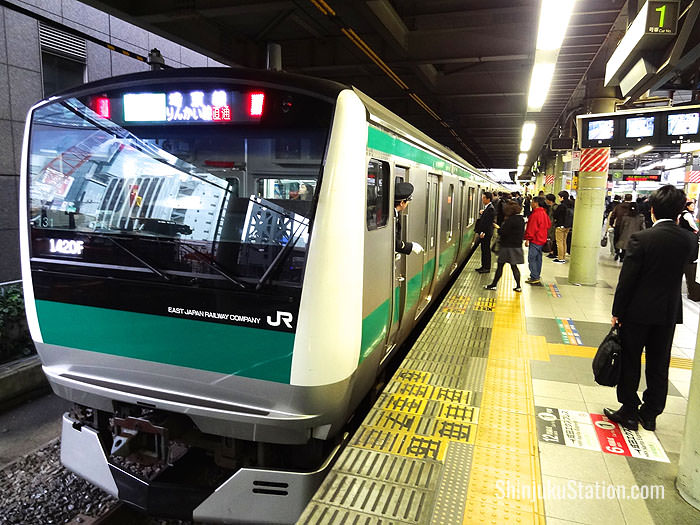 The JR Saikyo Line has through service onto the Rinkai Line, which goes to Odaiba Island

While it can’t hold a candle to Shinjuku and Shibuya, its sister hubs on the Yamanote Line, Ikebukuro is awesome in sheer scale – it’s one of the world’s busiest train stations and sits amid a dense cluster of retailers including the Tobu, Seibu and Marui department stores, the Bic Camera and Yamada Denki electronics shops, and the Sunshine City mall complex. The nearby Tokyo Metropolitan Art Space presents cultural events. Rail connections serve stations such as Kawagoe, Seibu-Chichibu and Wakoshi. The Narita Express also stops here.

This pulsing youth and fashion hub south of Shinjuku Station is crammed with department stores, boutiques, hair salons, pubs, karaoke parlors, neon signs and gigantic video screens. The Saikyo Line is a quick way to get to Shibuya as it bypasses two stations that the JR Yamanote Line stops at. Aside from JR trains including the Narita Express, Shibuya is served by the Tokyo Metro Ginza and Hanzomon lines as well as the Tokyu Toyoko and Den-en-Toshi lines and the Keio Inokashira Line.

Located on the futuristic island of Odaiba, Tokyo Teleport Station sits amid shopping malls and unique sights. There’s Diver City Tokyo Plaza, which boasts an 18-meter-tall statue of the iconic Gundam robot of anime fame. Not far behind it is the Fuji TV Building, designed around a massive sphere, as well as the Aqua City Odaiba and Decks Odaiba malls, which offer spectacular views of the Rainbow Bridge and the Tokyo skyline across the estuary of the Sumida River. To the southwest (about a 15- to 20-minute walk) is the Miraikan technology museum and the Oedo Onsen Monogatari spa, a samurai-era theme park featuring hot-spring water piped in from below Tokyo Bay. 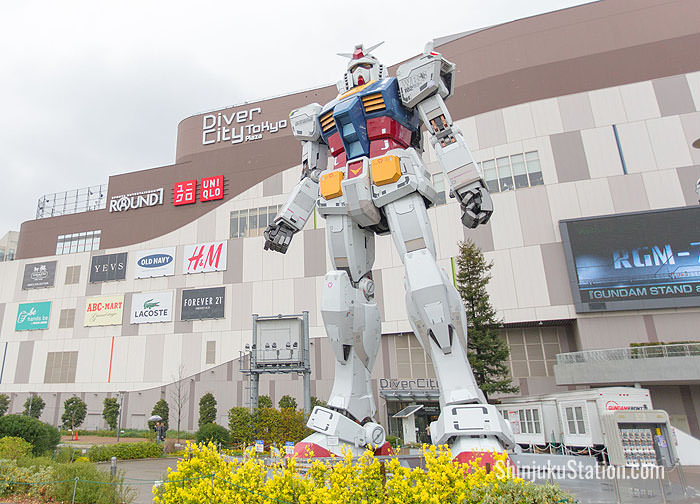 A statue of Gundam, the iconic robot from the anime franchise “Mobile Suit Gundam,” towers over visitors in Odaiba

Kokusai-tenjijo Station is a short walk from Tokyo Big Sight, the capital’s main venue for trade shows as well as cultural events such as the annual Comiket manga fair. Even if there’s nothing on, the architecture is remarkable – its quadruple inverted pyramid looks like something out of “Star Wars.” There’s also the Panasonic Center Tokyo showroom by the station, which shows off the manufacturer’s latest technologies and products. Rental bikes that can be used to cycle around Odaiba are available nearby.

Omiya Station is a major rail hub in Saitama Prefecture, which neighbors Tokyo to the north, as well as a gateway to a few sightseeing attractions. Located in the prefectural capital of Saitama City, the station sits on the JR Shinkansen bullet train lines connecting Tokyo with northern Japan.

If you like trains and bonsai, Omiya is the place for you. A three-minute ride from Omiya Station on the New Shuttle Line to Tetsudo-Hakubutsukan Station (fare: 190 yen) will bring you to The Railway Museum. Operated by JR East, it features 36 train engines and cars including the earliest steam locomotive and the groundbreaking Series 0 Shinkansen bullet train. 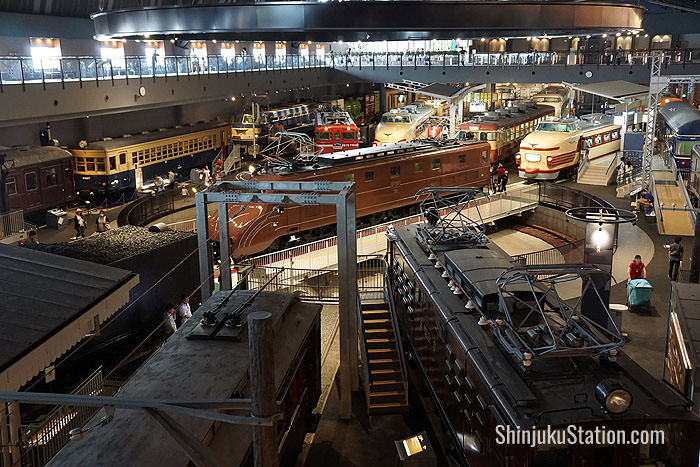 The Railway Museum near Omiya Station. (Photo by Kouki Kuriyama)

About a five-minute walk from Toro Station on the JR Tohoku (Utsunomiya) Line (140 yen, 3 minutes from Omiya Station), you’ll find the Omiya Bonsai Art Museum, the Bonsai House of the Four Seasons and Omiya Bonsai Village. The three facilities have magnificent specimens of meticulously kept bonsai trees, over 10 bonsai gardens, rustic tea houses for bonsai appreciation and exhibits on the history of the art. 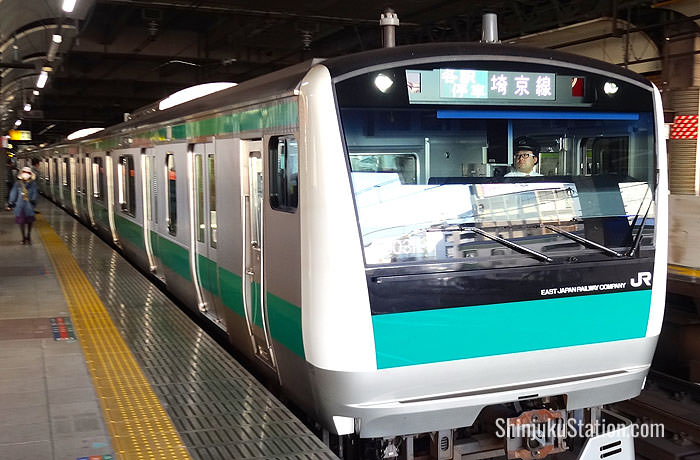