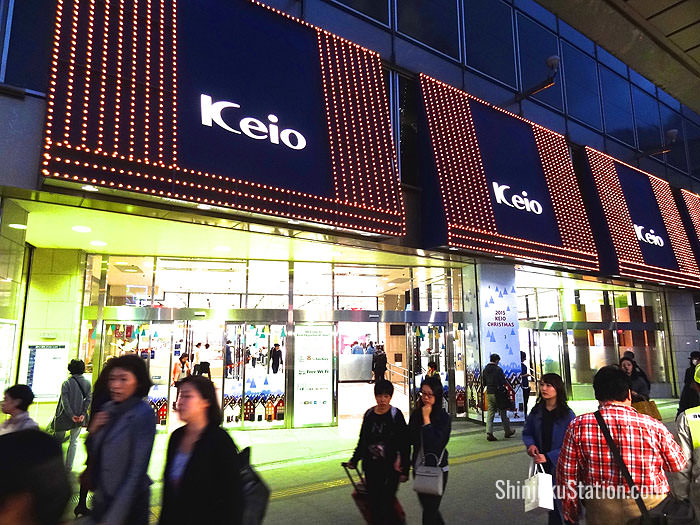 Keio Department Store is on the west side of Shinjuku Station

The main entrance of Keio Department Store is on the street level adjacent to Shinjuku Station’s west exit. It can also be accessed from several underground entrances. It’s 11 stories tall including two basements.

In contrast to the more upscale Odakyu, Takashimaya and Isetan department stores in Shinjuku, Keio serves a more budget-oriented clientele. It features frequent sales that are popular with middle-aged and elderly female shoppers. 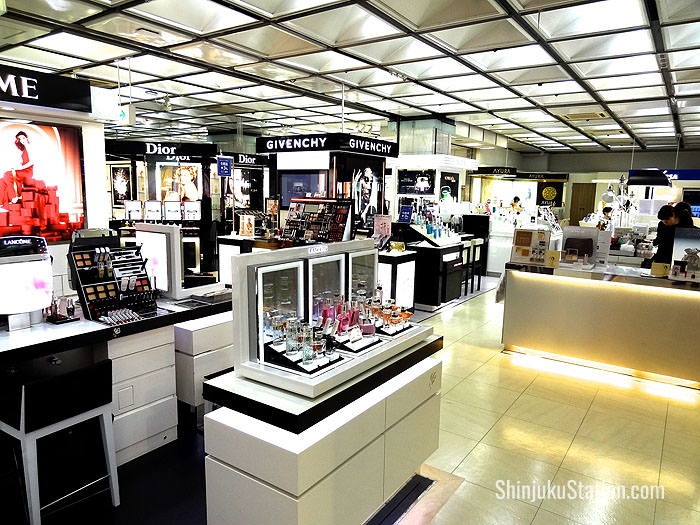 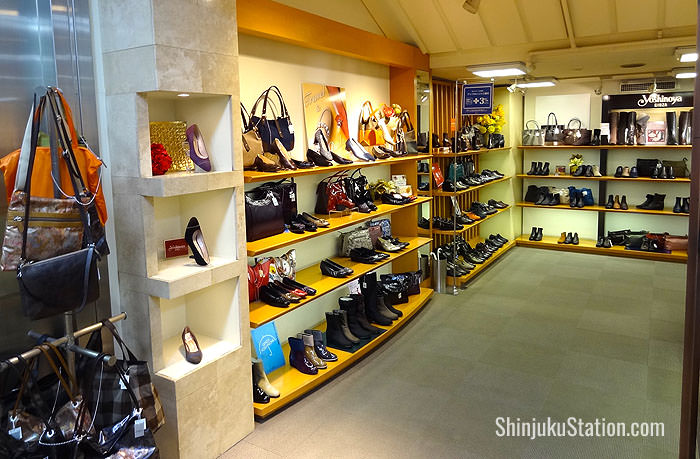 Floors two through five stock womenswear and menswear as well as handbags, travel goods and health food. There’s a tax refund counter on the second floor. 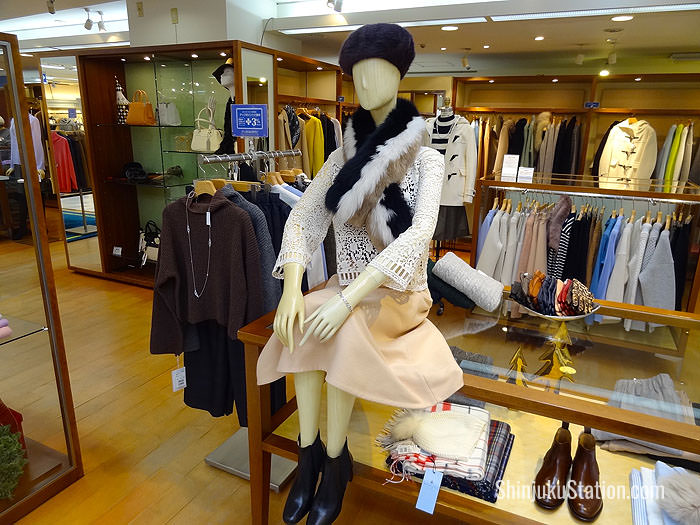 The sixth floor has traditional Japanese craft items and tools that can make good souvenirs. They include colorful Daruma dolls made of papier-mache and traditional ink brushes for calligraphy. 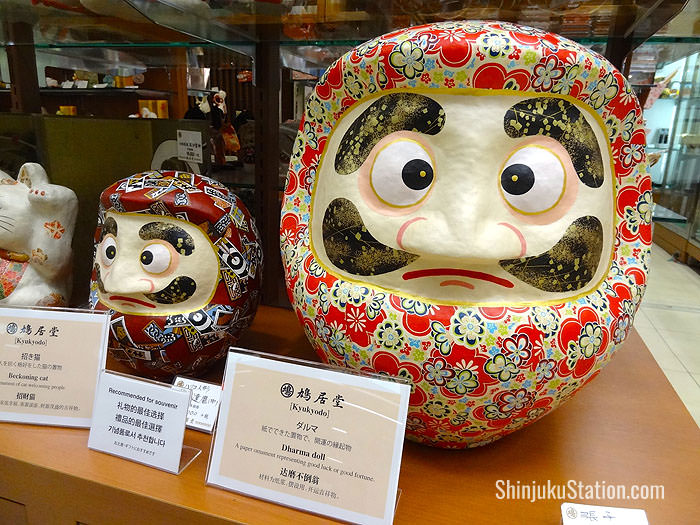 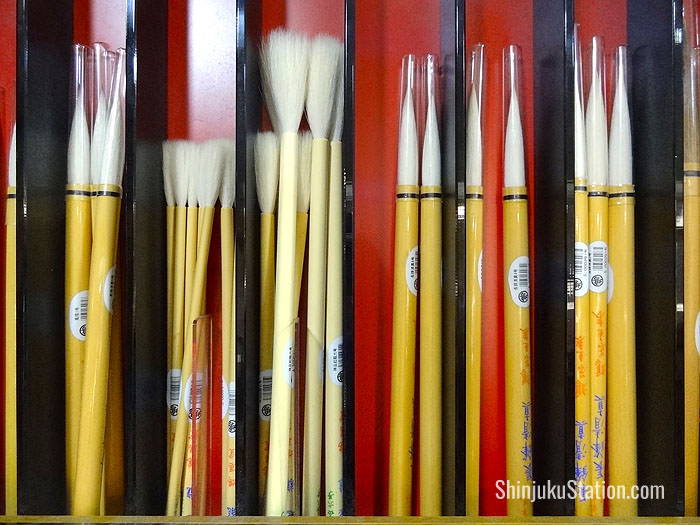 Also on the sixth floor is a selection of watches by Japanese and foreign manufacturers, as well as Japanese pearls and other jewelry items. 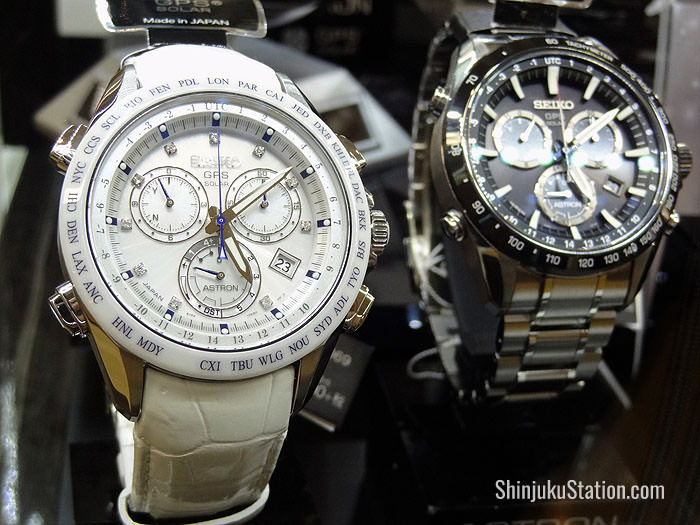 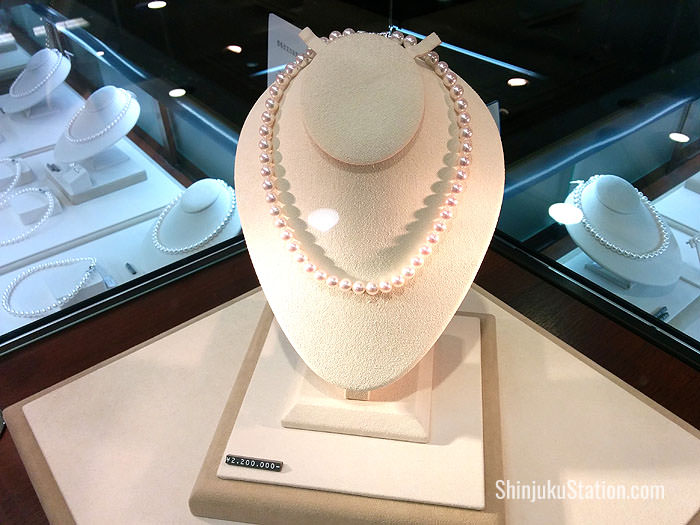 Floors seven, eight and the roof are given over to toys, children’s wear, healthcare goods and restaurants, which include eateries specializing in sushi, tonkatsu pork cutlet and tofu.

Keio also has a bustling depachika, or food stall basement, set up over one floor plus a mezzanine. There’s everything from bento boxed meals, deli counters, fruits and vegetables to wine, bread and meat-filled steamed buns. 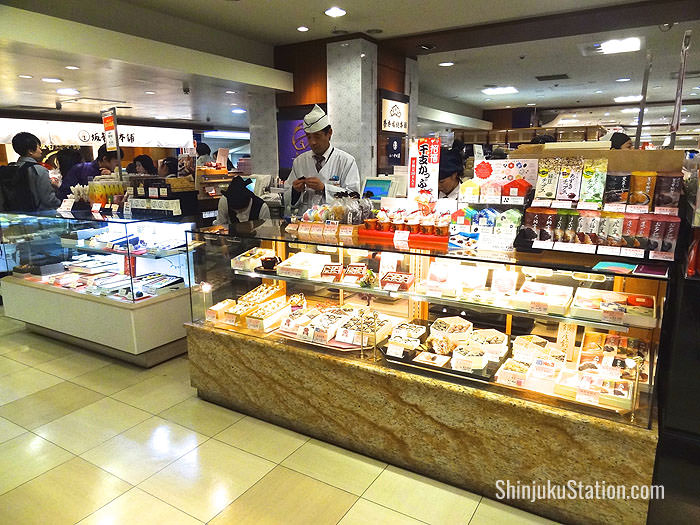 Keio has a busy food hall in the basement

You’ll also find the enormously popular Gateau Festa Harada, which specializes in butter-flavored slices of baguette called Gateau Rusk. The lineup for this treat often goes out the door and around the corner. 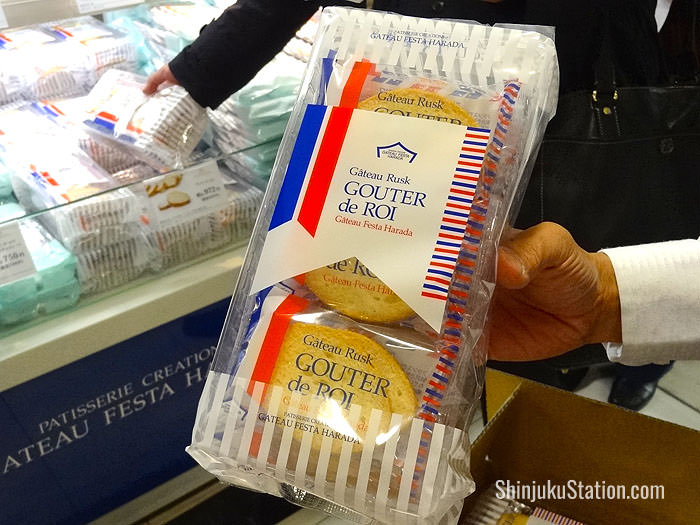 Gateau Rusk is bestselling treat on the food floor