The Tokyo Metro Marunouchi Line stretches eastward from Ogikubo Station in Tokyo’s western suburbs through Shinjuku Station and the heart of central Tokyo before turning north and then northwest toward Ikebukuro Station. It forms a lopsided “U” shape.

Color-coded red, the Marunouchi Line was the second subway to be built in Tokyo following the Tokyo Metro Ginza Line and is named for the Marunouchi business district by the Imperial Palace. Its name means “within the circle”, referring to the moat that encircled Edo Castle.

There is a three-station branch line in the western part going to Honancho Station. “M” is the alphanumeric prefix for stations on the Marunouchi Line. 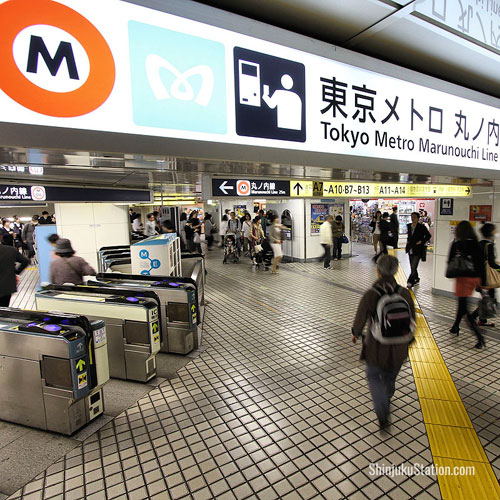 Color-coded red, “M” is the alphanumeric prefix for stations on the Marunouchi Line

While Ikebukuro Station is a stop on the Marunouchi Line, it is best reached from Shinjuku Station via the JR Yamanote or Saikyo lines. 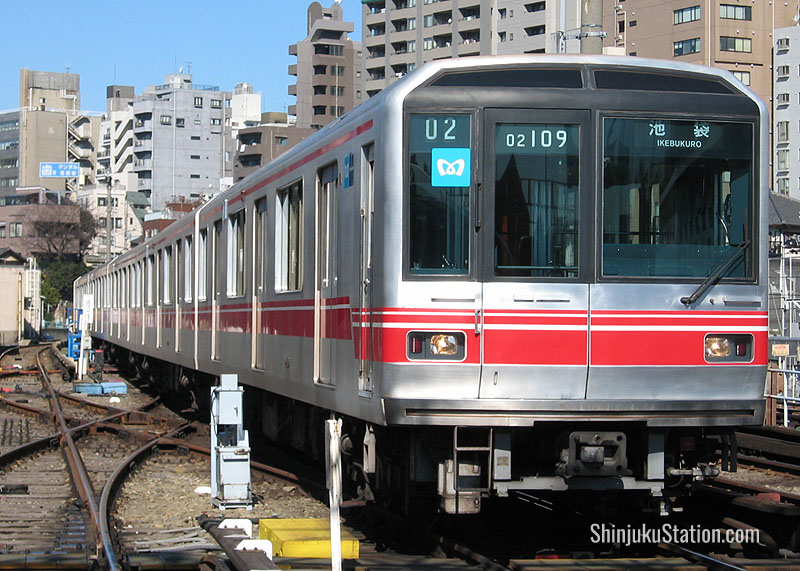 Exit here for a view (or a tour) of Japan’s parliament, the National Diet Building. The imposing structure was completed in 1936 and contains the House of Representatives, or Lower House, and the House of Councillors, or Upper House. The latter is open to public tours on weekdays and provides an interesting look at some of the mechanics of Japanese democracy. Tour information can be found here.

Kasumigaseki Station is also served by the Tokyo Metro Hibiya and Chiyoda lines.

Ginza is Tokyo’s premiere shopping district, and has all the brands from Apple to Zara. Highlights include the Mitsukoshi Department Store, the Nissan showroom, the Sony building and the recently rebuilt Kabuki-za theater. Sushi restaurants abound in Ginza, as do fine dining spots of every cuisine, and the Tsukiji fish market – where all the fish come from – is a roughly 15-minute walk to the south. 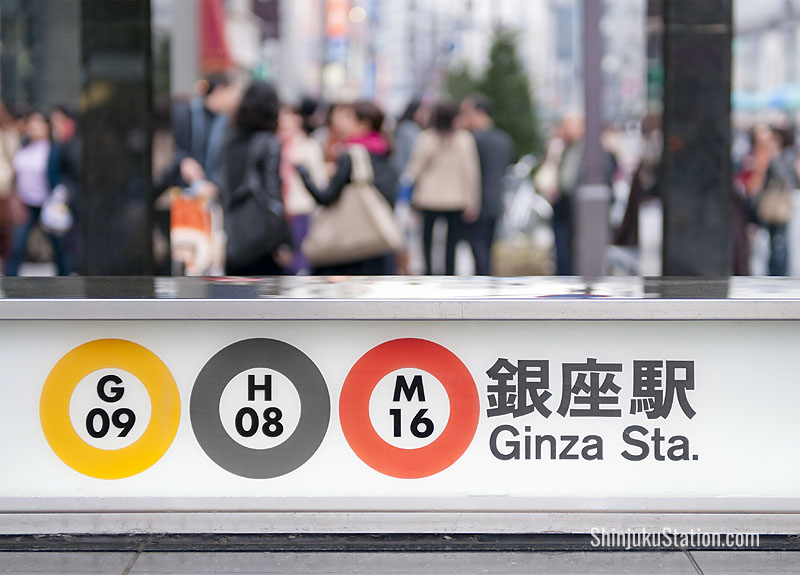 This large rail hub is at the symbolic heart of Tokyo, right on the doorstep of the Imperial Palace, home to Japan’s emperor. The Marunouchi Line stops just under the Marunouchi side of JR Tokyo Station, a stunning 1914 red brick edifice designed by Kingo Tatsuno that has been recently restored. 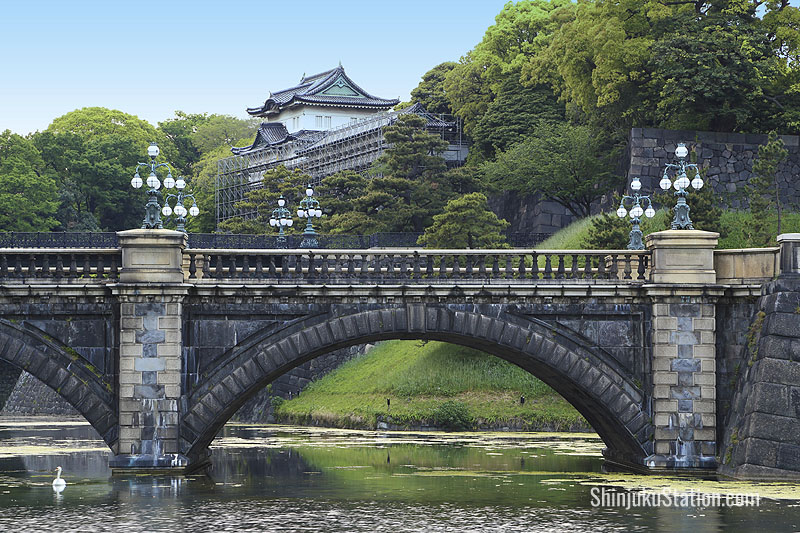 While the inner grounds are usually closed to the public, Nijubashi Bridge provides a view of part of the Imperial Palace

Tokyo Station is a departure point for the Tokaido, Tohoku, Akita, Joetsu, Yamagata and Hokuriku Shinkansen bullet trains. The JR Yamanote Line and Narita Express also stop here, as does the Chuo Line (Rapid), which makes the trip from Shinjuku Station in about 13 minutes.

Korakuen Station is close to several sights focused on entertainment and relaxation. There’s Tokyo Dome, the home base of the Yomiuri Giants baseball team, as well as the Tokyo Dome City Attractions amusement park, Korakuen Hall for martial arts, boxing and wrestling matches, and LaQua spa. 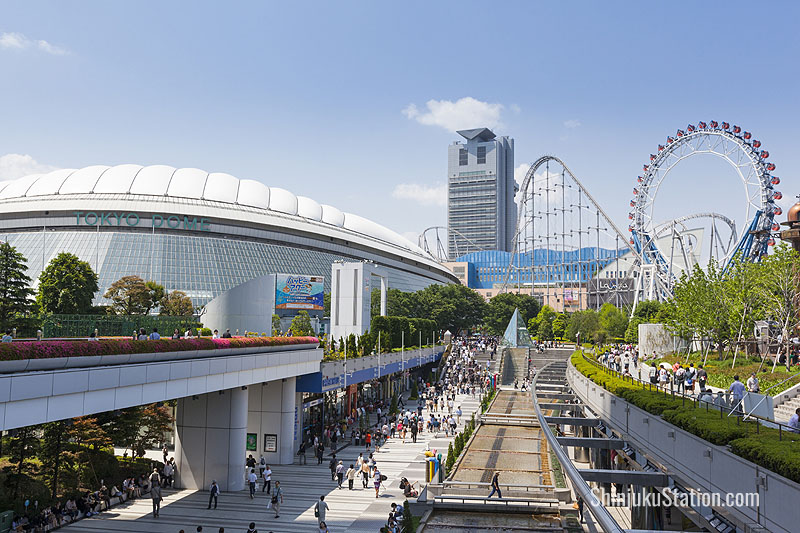 Korakuen Station is by Tokyo Dome City, home to a baseball stadium, amusement park and spa

The name “Korakuen” refers to the nearby Koishikawa Korakuen Gardens, a beautiful traditional Japanese garden dotted with cherry, maple and plum trees as well as scenic ponds.

Note that the garden entrance is closer to Iidabashi Station than Korakuen Station, which is also served by the Tokyo Metro Namboku Line. The station is linked to Kasuga Station on the Toei Mita and Oedo lines.