The Odawara Line is one of the best ways to get to the Hakone hot-spring resort area near Mt. Fuji. The railway is known for its Romancecar express services, which feature trains that have large windows for viewing the passing scenery. They also have passenger seats at the very front of the first carriage – the driver’s’ cab is located on a second-floor platform. 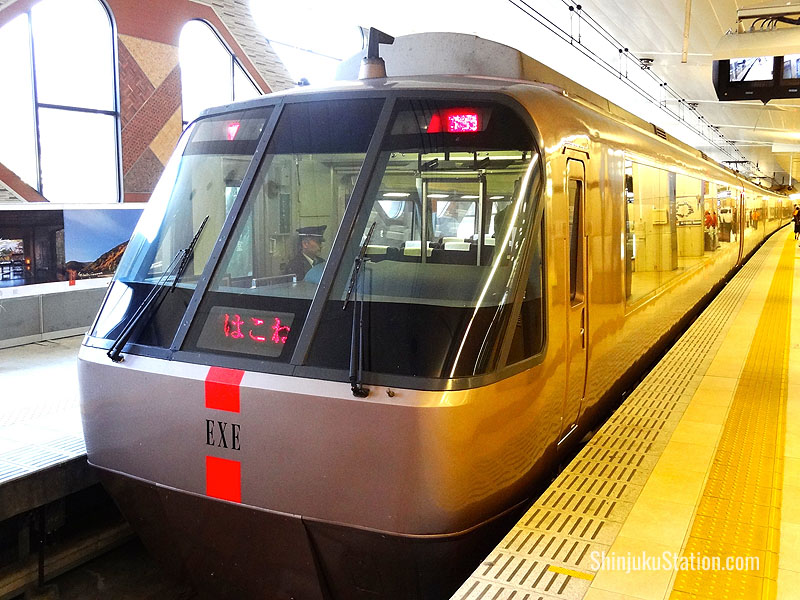 Located in Fujisawa, Kanagawa Prefecture southwest of Tokyo, Katase-Enoshima is by Enoshima, a small offshore island on Sagami Bay that’s linked to the mainline via a bridge. Attractions include a surfers’ beach, the Enoshima-jinja Shinto shrine and Enoshima Aquarium. Getting here sometimes requires a transfer to the Odakyu Enoshima Line at Sagami-Ono Station. 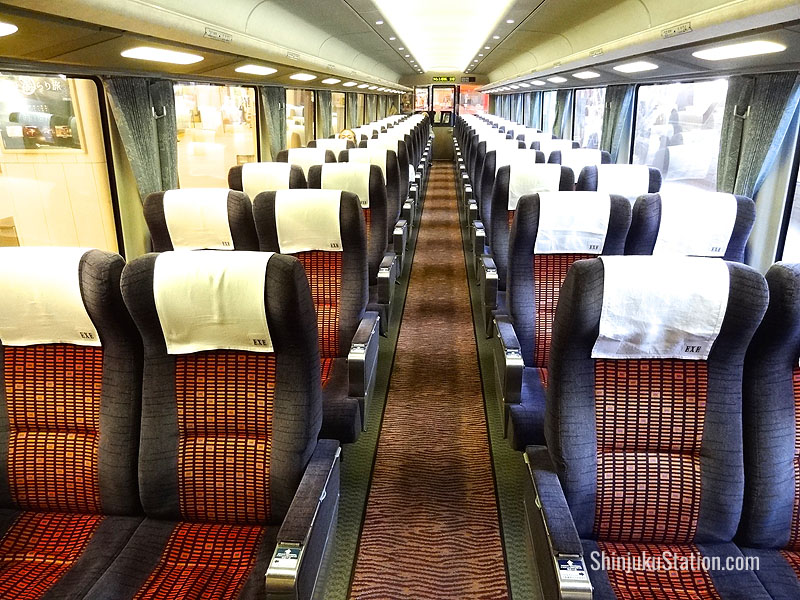 Romancecar trains are a comfortable, panoramic way to get to the spas at Hakone

Odawara Station is a transit hub and jumping off point for the Hakone hot springs region as well as Fuji-Hakone-Izu National Park. The 15-km mountain-climbing Hakone Tozan Line starts here and continues to Hakone-Yumoto before ending at Gora, altitude 533 meters. Osaka- and Kyoto-bound Tokaido Shinkansen bullet trains also stop at Odawara (Kodama and Hikari services only). Odawara Castle, a reconstruction from 1960, is a few hundred meters south of Odawara Station.

Hakone-Yumoto is the terminus for Romancecar express services from Shinjuku and a stop on the above-mentioned Hakone Tozan Line as it climbs up to Gora Station. The local spa town of Yumoto has many ryokan traditional inns as well as onsen hot springs, which charge between 1,000 yen and 4,000 yen for daytime bathing.

See Odakyu’s site for more info on Hakone and how to get there as well as the Hakone Freepass, which provides discounts for transport in Hakone including cable cars.

Article and photos by Tim Hornyak. All rights reserved.