The Toei Oedo Line is a long subway forming a loop through central Tokyo. Trains do not travel in a perfect circle, however, and a transfer is required at Tochomae, the station under Tokyo’s city hall, to keep traveling the loop. The line also has a “tail” that extends westward from central Tokyo to Hikarigaoka Station in Nerima Ward. The Oedo Line is coded purple, with the letter “E” preceding its alphanumeric station codes. 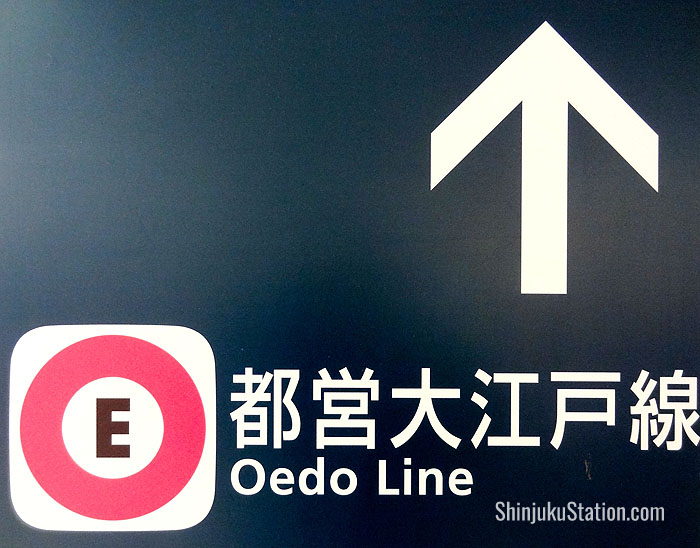 The Oedo Line is coded purple, with the letter “E” preceding its alphanumeric station codes

Completed in 2000, the Oedo Line is a homage to Edo, the original name for Tokyo until the late 19th century. The line is notoriously deep and can often require trips down several escalators, stairs or elevators to reach the platforms. 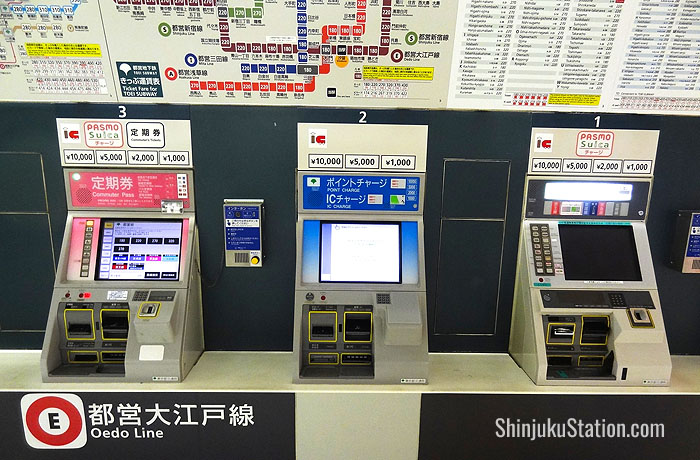 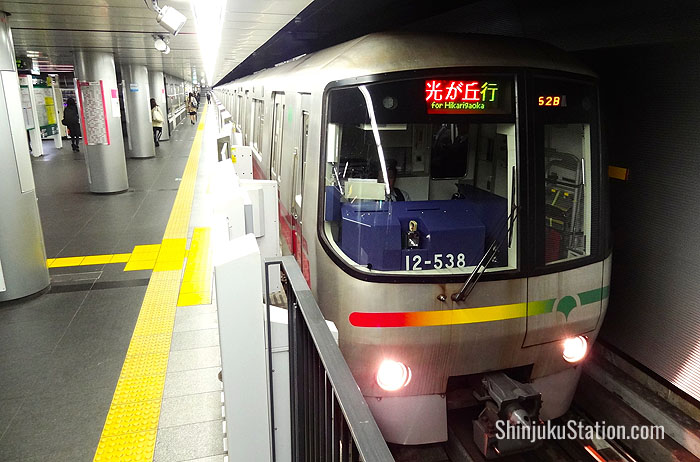 One of the deepest subways in Tokyo, the Oedo Line forms a loop around the capital

Tochomae is situated directly under the Tokyo Metropolitan Government Building, architect Kenzo Tange’s stunning modernist take on the gothic cathedrals of Europe. The two towers of Tokyo’s city hall have free observation decks on their 40th floors, with eye-popping views of the metropolis in the early evening and Mt. Fuji in winter. Transfer here to continue along the Oedo Line loop.

Also served by the Toei Mita Line, Kasuga Station is connected to Korakuen Station on the Tokyo Metro Namboku Line and Marunouchi lines. 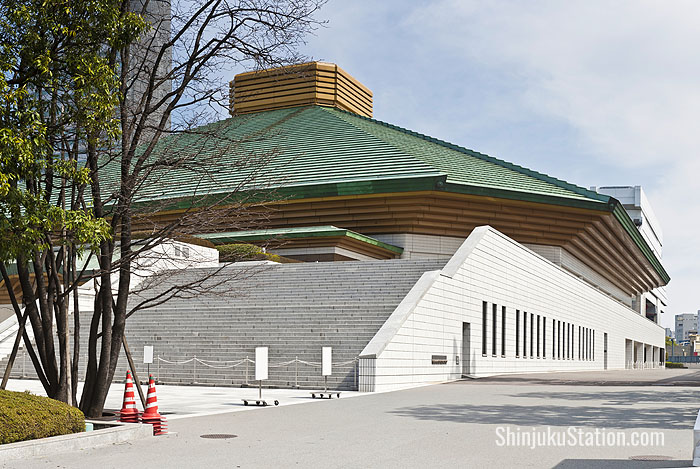 Ryogoku Station near the east bank of the Sumida River is home to the most famous sumo wrestling venue in Japan – Kokugikan Stadium. If one of the three annual sumo tournaments isn’t on, the area is still worth a visit for the sumo museum in the stadium and nearby sumo beya (sumo stables) where visitors can watch training sessions. Another attraction is the Edo Tokyo Museum, housed in a striking elevated structure designed by Metabolist architect Kiyonori Kikutake. The JR Sobu Line has a station nearby. On the Oedo Line, Ryogoku is easiest to access from Shinjuku-Nichiguchi Station.

Best accessed via Shinjuku Station on the Oedo Line, Tsukijishijo Station is home to the Tsukiji wholesale fish market, the largest of its kind in the world. Located between the Sumida River and the Ginza shopping district, Tsukiji is the place to go to see enormous frozen tuna being auctioned – but if you want to watch the action, get here by 4 A.M. because space is limited to two groups of 60 people! After the auction, you can have fresh sushi at restaurants within the market itself, but be prepared to line up.

Note that Tsukiji is usually closed on Sundays and sometimes on Wednesdays; it will be closing its doors for good in November 2016 and the fish market will reopen at a new site in Toyosu, Koto Ward, to the east. There’s no word yet on whether the station will be renamed.

A quick hop from the Oedo Line’s Shinjuku Station, Roppongi is known as a nightlife district especially popular among foreigners; it has everything from shot bars to deluxe dance clubs and hundreds of restaurants. Its biggest draws, however, are the two dining-retail-office complexes of Roppongi Hills and Tokyo Midtown. The former hosts the Mori Art Museum while the latter includes 21_21 Design Sight, the Suntory Museum of Art and Fujifilm Square.