The Toei Shinjuku Line runs eastward from Shinjuku Station to Motoyawata Station in Chiba Prefecture, but most trains continue westward past Shinjuku onto the Keio Line tracks, with some ending at Hashimoto Station.

The Toei Shinjuku Line is color-coded in light green and stations have an “S” prefix for their alphanumeric code. 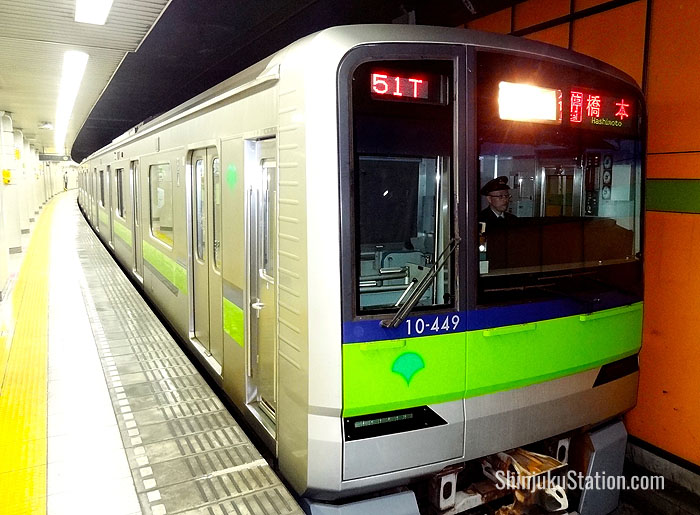 Kudanshita Station lies at the foot of Yasukuni Jinja, a controversial Shinto shrine that memorializes Japanese killed in wars including those who were judged to be Class-A war criminals. The shrine is approached by a grandiose avenue featuring giant torii Shinto gates, statues of military figures and rows of stately gingko trees. Groves of sacred cherry trees, dedicated to various wartime platoons, stand within the inner gates. There’s also the Yushukan war museum here (which has a Mitsubishi Zero fighter jet among its exhibits) and a Japanese garden around the back. 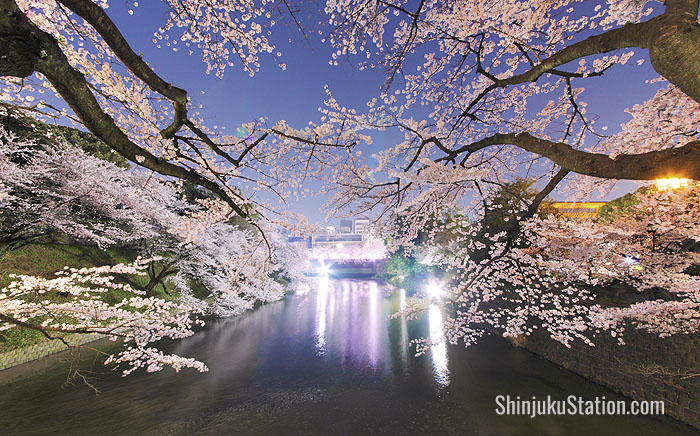 The Chidorigafuchi moat explodes with cherry blossoms in springtime

Across Yasukuni-dori street from the shrine is one of the old entrances to Edo Castle, Tayasumon. This stone gate and the Chidorigafuchi moat are surrounded by hundreds of cherry trees that flower in spring, drawing throngs of Japanese for hanami (flower viewing). The Budokan sports and live music venue and the Showakan history museum are nearby.

Jimbocho is Tokyo’s second-hand book district, but its specialist shops also deal in ukiyo-e traditional woodblock prints, vintage film posters, antiques and curios, so you never know what you’ll find. Further east along Yasukuni-dori street are dozens of retailers dealing in outdoor goods such as skis and snowboards as well as new and used musical instruments. To the northeast is the Nikolai-do Cathedral, an Orthodox Church sanctuary originally built in 1891. The Toei Mita and Tokyo Metro Hanzomon lines also stop at Jimbocho.